However, online traffic schools in California do not require the use of course timers!!

Trust me, this is a big deal and the reason you’ll want to take your California traffic school using an online service instead of sitting in a classroom for hours while you get lectured to.

Want The Fast Answer? This Is The Traffic School You Should Take In California

Don’t Forget Your Discounts! – Just a heads up, I contacted each of the below traffic schools and asked for discounts for my site visitors. If you use the links I provided, you will get a lower price. 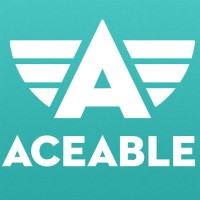 I actually have a fun story about Aceable. Their California traffic school is the fastest and easiest one you can sign up for…. and I take full credit for that. I’ve been reviewing online traffic schools for a while now (yeah my life is that exciting), and I haven’t always listed Aceable as my top pick. Aceable called me up and asked why I wasn’t listing them as the #1 best traffic school in California. I’ll tell them exactly what I told them.

Heck, they even created a rather funny commercial giving the exact same talking points that I gave them during our phone call. Check this out:

Seriously though, Aceable really is the best California traffic school. It’s fast, easy, cheap, they have great customer support, and it works the best on mobile devices just in case you want to take your traffic school on your phone or whatever. If you want more info about them, you can check out my Aceable review here. There are plenty of other great options for traffic school in California, but this is my top recommendation.

In reality, iDriveSafely makes it about as fast and easy as possible to complete your traffic school requirements. It’s mostly a text-based course, so what I recommend is taking a screenshot of each page until you reach the exam, then you can reference your screenshots to find all the answers you need. I also recommend doing this in your underwear while doing a Netflix marathon, but that is not required.

In short, iDriveSafely is another fast, easy, and cheap way to complete your California traffic school requirements and you’ll be doing that with a legit company that has been around for over 10 years with millions of previous guinea pigs. It’s a safe bet.

Improv Traffic School got started back in the 90’s during the pre-internet days (or at least before online traffic school existed). Back then, they had physical classroom-based traffic schools but the driving instructor was also a Hollywood comedian. Obviously, back when people were forced to take traffic school in a classroom, the entertainment factor they brought was a very welcome change. They ended up being one of the most popular traffic school classes in California and they still operate some classroom courses on a limited basis.

Once online traffic schools started becoming the norm, they got state certified and brought their comedy traffic school course online. They have had millions of students “graduate” from their online traffic school over the past 20 or so years. Chances are, you’re just going to blow through your traffic school course anyway, but if you actually want to take it seriously and go through the material, this is the most entertaining traffic school you can sign up for in California. It’s fast, funny, and the price is right. The only thing is, Improv Traffic School might not be everyone’s style of comedy. If you like the slapstick and goofy style of comedy, though, it could be for you. The below video is what I’m talking about. If you think it’s funny, chances are you’ll be amused by this course. If not, well, this probably isn’t the best traffic school for you.

Get The Best Deal In Improv Traffic School Here! 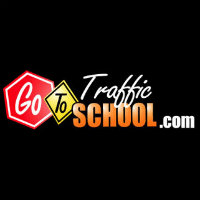 Go To Traffic School isn’t exactly the highest quality or most technically advanced traffic school in California, but they are legit and cheap. A lot of people don’t really care about having Holywood comedians or fancy 360 degree videos and all that other crap. They just want to sign up for a fast traffic school at the cheapest price possible. Well, Go To Traffic School sort of fills that void.

Go To Traffic School doesn’t have much in the way of user reviews online, which is really odd since they’ve had more than 4 million people take their course. The mostly positive reviews all include referral codes so people can get a commission by having you use their referral code. That’s why I personally signed up for the course myself to see what it was like.

All in all, I felt this course is best for those who just want to save some bucks as Go To Traffic School tends to be on the cheaper side. It does work on mobile devices, but I wouldn’t exactly say it works all that well. I mean, it never crashed my iPhone or anything, but it just feels a little slow and clunky compared to courses like Aceable who have dedicated apps for each device you want to take your course on. The material itself feels like it’s straight out of the 90’s, which it probalby is.

Get The Best Deal On Go To Traffic School Here Traffic School 101 is the final California traffic school I will recommend. This is a very unique traffic school that is probably only best for a limited number of people, but I still wanted to include it here.

If you happen to have a slow internet connection, Traffic School 101 is the course you want to take. It’s hard for some people to believe that a large portion of the population still has a crappy internet connection. I was forced to endure several years of satellite internet and it was just awful. It gives me sympathy for those who are still being forced to endure such torture.

Traffic School 101 is just a plain text course with 6 quizzes and a final exam. There’s no video, hardly any pictures, and it doesn’t work particularly well on mobile devices, but it’ll get your California traffic school requirements done the fastest if you are still on a crap internet connection.

Get The Best Deal On Traffic School 101 Here!

Full List Of All Online Traffic Schools In California

In any case, I hope this helped, and best of luck to you my traffic violator friend. This will all be over soon!